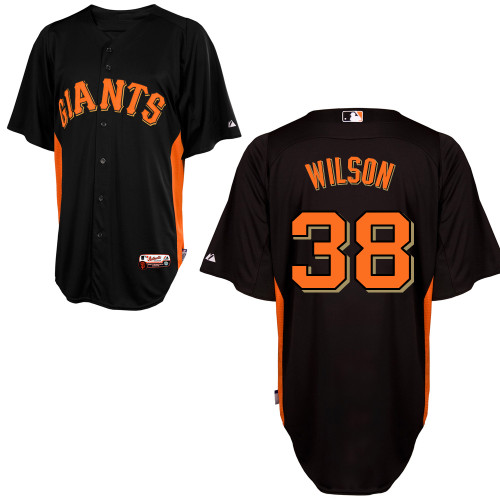 The baseball season is two weeks in, so it’s the perfect time to suit up and support your squad.  Introducing the new 2011 Batting Practice Jerseys from Majestic, these baseball jerseys offer an alternative to the common threads worn by most fans at the game.  These Cool Base Jerseys are just like the ones the players wear before the game.  Choose from blank jerseys MLB BP Jerseys with no names or numbers at $79.99, or Custom MLB BP Jerseys with any player’s name and number or your own name and number at $99.99.  The custom jerseys allow you to put any player’s name and number on the back of his respective jersey, which is great if you’re looking for that hard to find player’s jersey (Chooch fans, rejoice).   We’ve also made a set of MLB Player Specific Batting Practice Jerseys, where you can find some of the hottest names in baseball and ready to order at your disposal.

Before you buy a new bat for the upcoming Little League Baseball season, make sure to review the list of Little League Approved Baseball Bats.  New enforced rules disallow the use of composite baseball bats that exceed the standards printed on the bat after the bat is broken in.  In other words, the illegal bats would get better over time and use, becoming more dangerous for play.  Presently, for composite bats to be approved for Little League Baseball use, they must clearly demonstrate, through rigorous testing, that they will not exceed the standards printed on the bat over time through break-in.

Don’t make the mistake of being penalized for using an illegal bat by checking out our Little League Approved Baseball Bats page, where you can also find an approved bat for your level of Little League.

Spring Training has begun, meaning the baseball season is almost here.  This year, we have added another behemoth of a brand to our baseball lineup: Mizuno.

Mizuno has been in the sporting goods business since 1906, and made their first footprint in the United States in 1980.  Since then, they have become a powerhouse in the baseball goods scene.  Top-notch professional baseball players continually use Mizuno gear in the big leagues, as Mizuno endorses a bevy of MLB stars, including, Ian Kinsler, Chipper Jones, Corey Hart, Ichiro Suzuki, Brian McCann, and more. 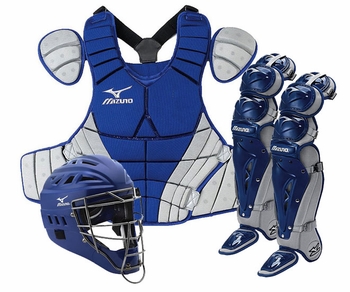 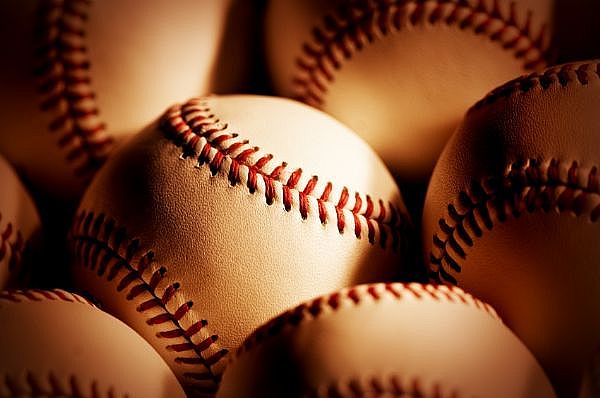 A new year means new additions here at SportsUnlimited.com. We’ve listened to your calls, and the people clearly have spoken: you want more baseball. More gear, more brands, more everything. So we did just that; we beefed up our baseball selection past anything we’ve ever had before. New brands, enhanced product lines, and a greater selection so you can find all the baseball equipment you want this season all at one place.

Whether it’s baseball bags, baseball gloves, catchers gear, baseball bats, or baseball training aids, we’ve got you covered this season. And with new brands to the fold, such as Easton Baseball and Mizuno, our baseball lineup is second to none in 2011. 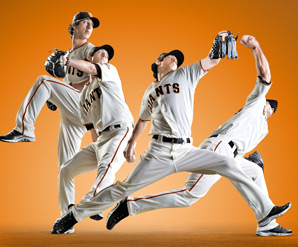 6 and a half months down, 4 teams remaining.  Welcome to Playoff Baseball!  The LDS round brought plenty of drama and memorable moments. From Roy Halladay’s epic no-hitter to Cliff Lee’s dominating series-clinching game 5 W against the Rays to give the Texas Rangers their first postseason series victory EVER, the 2010 LDS round will be remembered as one of the good ones.

One thing that has carried over from the 2010 regular season: amazing pitching.  In what has been widely hailed as “The Year of the Pitcher”, 2010 gave us 5 no-hitters (1 being a perfect game by Roy Halladay…cough cough, go Phils!) and 15 starting pitchers that ended the season with an ERA under 3.00.  The first round of this year’s playoffs showcased masterful pitching, with Roy Halladay (see above), Cole Hamels, Cliff Lee, and Tim Lincecum each throwing for a complete game victory.

There were also some painful memories made in the LDS, most notably Atlanta Braves infielder Brooks Conrad’s game 3 against SF.  Kid had 3 errors, which led to a difficult, and tough to watch Atlanta loss. 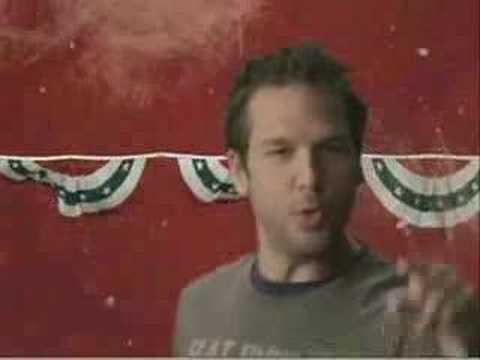 In the American League, the defending champs, the New York Yankees led by Derek Jee-tah, travel to Minnesota to play the Twins, who are hosting their first postseason series in their new digs, Target Field.  It’s quite a step up from playing inside the Metrodome, and it should be interesting to see those frigid Minnesota temperatures at some point in this postseason.  The last division series squares off the Texas Rangers and the Tampa Bay Rays.  That’s right; the Texas Rangers are in the playoffs for the first time this millennium – last time was all the way back in the 20th century (1999). END_OF_DOCUMENT_TOKEN_TO_BE_REPLACED 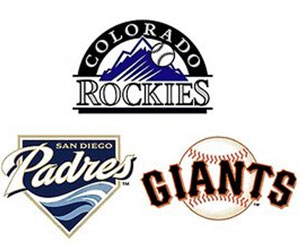 The days are getting shorter.  The temperature is dropping.  The leaves are beginning to change colors.  Which can mean only one thing:  Mid-September baseball!  Now I know that much of the drama has been drained from the pennant race (See the AL Central, AL West and NL Central races for examples).  But both the NL and AL East races are still full of excitement, and the NL West, like every year it seems, is a 3-team dead-heat towards the finish line.  To top it off, two intense series start tonight; the Braves and Phillies, and the Yankees and Rays.

END_OF_DOCUMENT_TOKEN_TO_BE_REPLACED 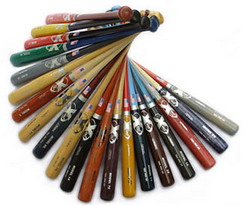 “Wood or aluminum?  How much should it weigh?  Where is the barrel?”

If you’ve ever been a little overwhelmed or intimidated when buying a baseball bat or softball bat, don’t worry.  You’re not alone.  Bats are becoming pieces of incredible technology and each year things get more and more complicated.  But trust us, all of these seemingly confusing and sometimes maddening changes are making the game, and learning the game, better for people of every age and skill level.

Because of the overall confusion that comes when buying a new baseball bat or softball bat, we decided to try and help simplify the process.

The following is our guide to purchasing baseball bats / softball bats.  If you’ve been through this before and have any comments or advice for anyone having difficulty purchasing a bat, feel free to help them out buy commenting at the end of the post.

END_OF_DOCUMENT_TOKEN_TO_BE_REPLACED 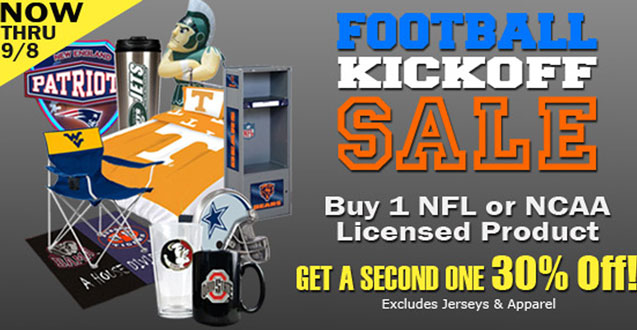