New rulings in Pop Warner leagues restrict contact drills to 1/3 of practice time, ban full speed, head-on tackling and blocking drills at 3 yards, and forbid head-to-head impact. All of these rulings are designed to protect young players during practice, and prevent repetitive and high-force head impacts, which can cause concussions and brain injuries over time.

In an effort to spark changes in football from the bottom up, Pop Warner is introducing new rulings which will officially limit contact between players during practices. The first of their kind across a nationwide football league, these changes go into effect at the beginning of the 2012 season, and are three fold; 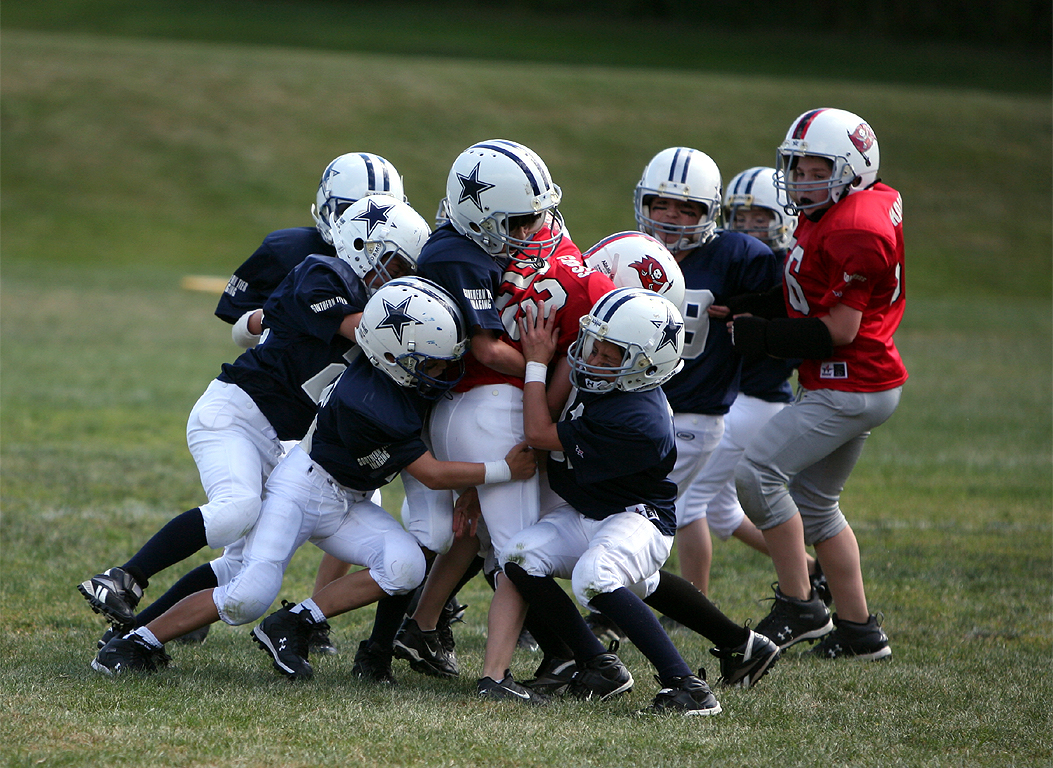 All designed to prevent brain injuries, concussion, and long-term health issues, Pop Warner is working with coaches to ensure each ruling is followed.

As the oldest and largest national youth football organization, Pop Warner has over 83 years experience training kids age 5 to 15, in the art of football. Leagues exist in 43 states, and stretch abroad to Germany, Russia, Japan, and Scotland. It’s also estimated that over 70% of all current NFL players started in Pop Warner programs. So needless to say, a change of this magnitude, in such a powerful and influential organization, was not made lightly, or without purpose.

“There are times when people and organizations have to evolve, and this is that time,” said neurosurgeon and chair of Pop Warner’s Medical Advisory Board, Dr. Julian Bailes. “For the future of the sport, we need to morph it now and take the unnecessary head contact out of the game.”

These rule changes seem to be the natural reaction to a slew of research, studies, and media exposure revolving around the long- and short-term effects of concussions in football players. Major impacts and minor repetitive hits caused by players of all ages and sizes, have been shown to have serious negative effects on the brain, especially those of developing children. Sub-concussive forces are even believed to cause degenerative brain disorders such as Chronic Traumatic Encephalopathy (CTE), the disease found in the brains of many former NFL, and even some teenage players. Research into the area has also found that most concussions, in youth and adults, occur during practice.

So is it surprising that organizations like Pop Warner are seeing a slight decrease in enrollment? Is it shocking that, with all of this information gracing the headlines, parents are becoming more and more reticent to drop their kids off at football practice? 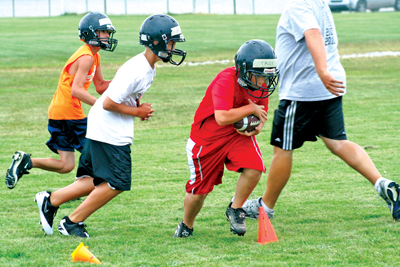 Dr. Bailes believes that “if parents were considering allowing their child to play football, this (rule change) should assure them.” But he and Pop Warner are also hopeful that these rule changes will trickle up, making the game safer for players over time. After all, if players are trained from an early age to rely on their hands and bodies, instead of leading with their heads in constant contact drills, they’ll take those skills into high school, and on to college. Some may even take them on into the NFL.

“We’re not trying to fundamentally change the game.” Bailes said of the rulings. “We’re trying to ensure its survival by reducing the potential for injury in practice.”

With more and more information surfacing on the long-term effects of concussions, the serious lawsuit brought by high profile players against the NFL, and in light of the recent suicide of former NFL linebacker Junior Seau, it seems that changes like these are becoming increasingly necessary, if our favorite sport is going to last.