The game of football is always progressing. Whether it’s playing styles, coaching techniques, or safety equipment, continued development is essential to success. With the rise in awareness on the impact of concussions; players, coaches, and equipment manufacturers have been asked to change their thinking, and find ways to make the game we love safer. Helmet manufacturers have continued to design, test, and produce safer helmets for players to wear. The issue being, it will be nearly impossible to develop a concussion proof helmet. The fact is that the game is physical, and being played a pace faster than ever before. What may be more important to protecting players is the rethinking of how we teach and play the game. 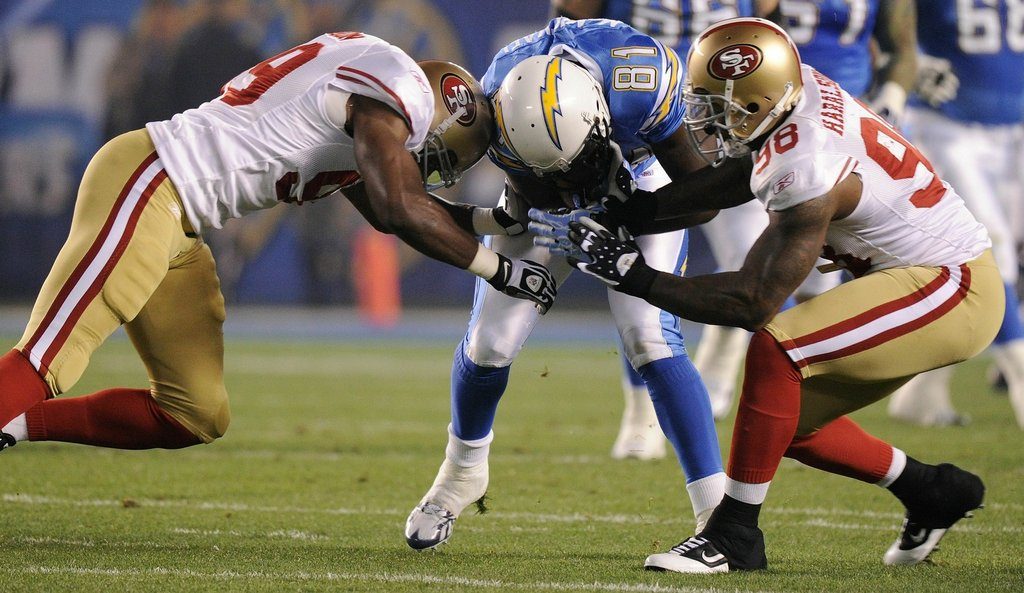 Leagues from the NFL down to Pop Warner have changed rules to protect defenseless players, and help limit the amount of traumatic collisions. This has seen some success, but it has far from solved the bigger problem. Some innovative thinkers have looked to other sports to find inspiration on how to make the game safer. One place some turned to is the birthplace of football, the sport of Rugby. More popular overseas, rugby is the pad-less version of football that can almost seems barbaric from a distance. But when you dig in a bit further, you’ll see that the lack of padded protection has forced rugby players and coaches to figure out ways to tackle and contest without putting themselves in harm’s way. By introducing helmets and shoulder pads into a tackle situation, what it has allowed football players in the past to do is turn themselves into a weapon. Without the worries of lasting effects, players for decades have launched head first into collisions. But without this protection, rugby players have devised a different tackling style, that focuses on shoulder placement and wrapping of the arms to take down their opponents. This hasn’t removed concussions from the sport of rugby, but it has allowed for less concussions to occur, particularly when compared to the sport of football. 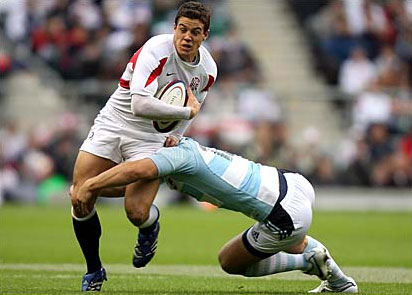 NFL teams such as the Seattle Seahawks, and college programs like the University of Washington and Ohio State have decided to adapt this “rugby style” of tackling, in hopes protecting their players and improving their performance. In 2014, Ohio State decided to full embrace this technique, with wholesale changes to how the taught, practiced, and executed the tackle. This lead to them not only limiting injuries, but also to an improving their defense and a National Championship. 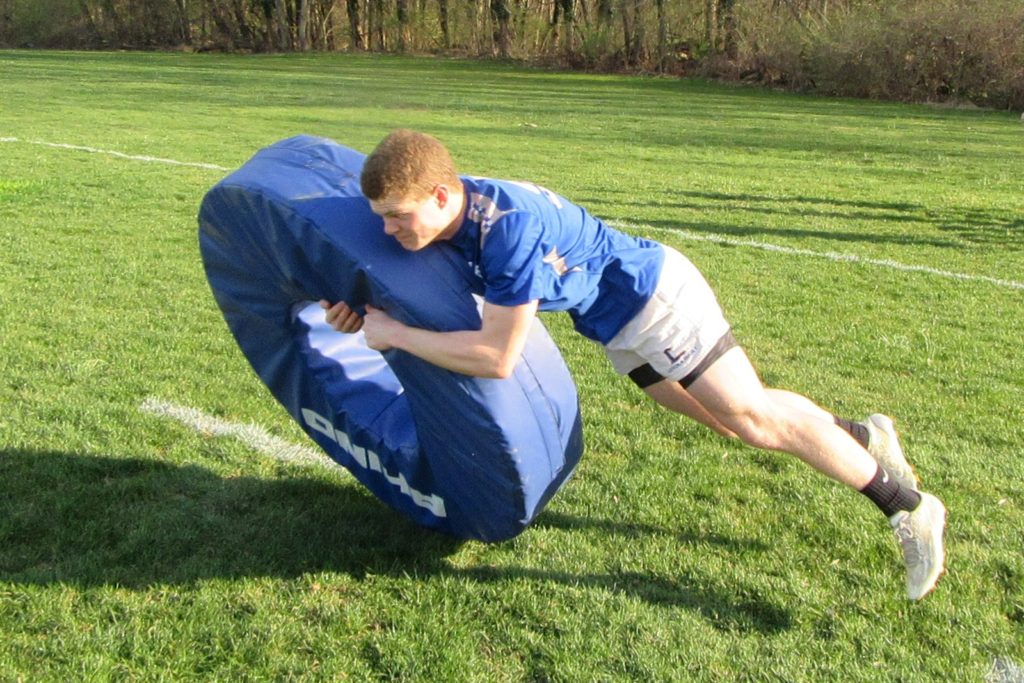 One important part to teaching the rugby tackling technique was the development of new drills and training equipment. A piece of gear that had been used in rugby for years was the tackle ring. The round bag, designed to replicate a moving player, allowed coaches to teach their players how to readjust their body and perform a safer tackle. Traditional football tackling techniques would have players put their head in front of a ball carrier, using it to slow them down. But the rugby tackling method teaches players to place their heads behind the ball carrier, lessening the likeness of a collision directly to the head, and forcing players to rely on shoulder placement and wrapping of the arms. It is one thing to introduce this new technique on a stationary bag, but it’s the making that adjust on the move that leads to its success. 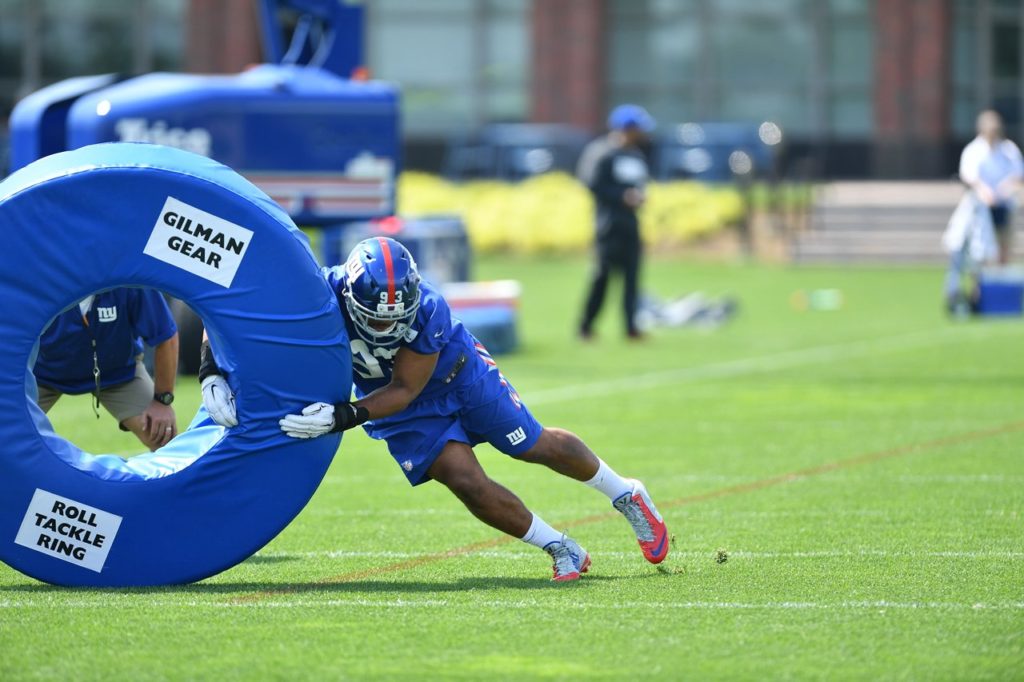 This is where the tackle ring or tackle wheel, plays an instrumental role. It provides safe repetitions for individual players, allowing them to correctly develop or reteach themselves how to perform a safe tackle.

Tackling rings have become an essential part of any teams training regimen. From Pop Warner to the pros, teaching players how to safely tackle will be a crucial step in making football a safer game. 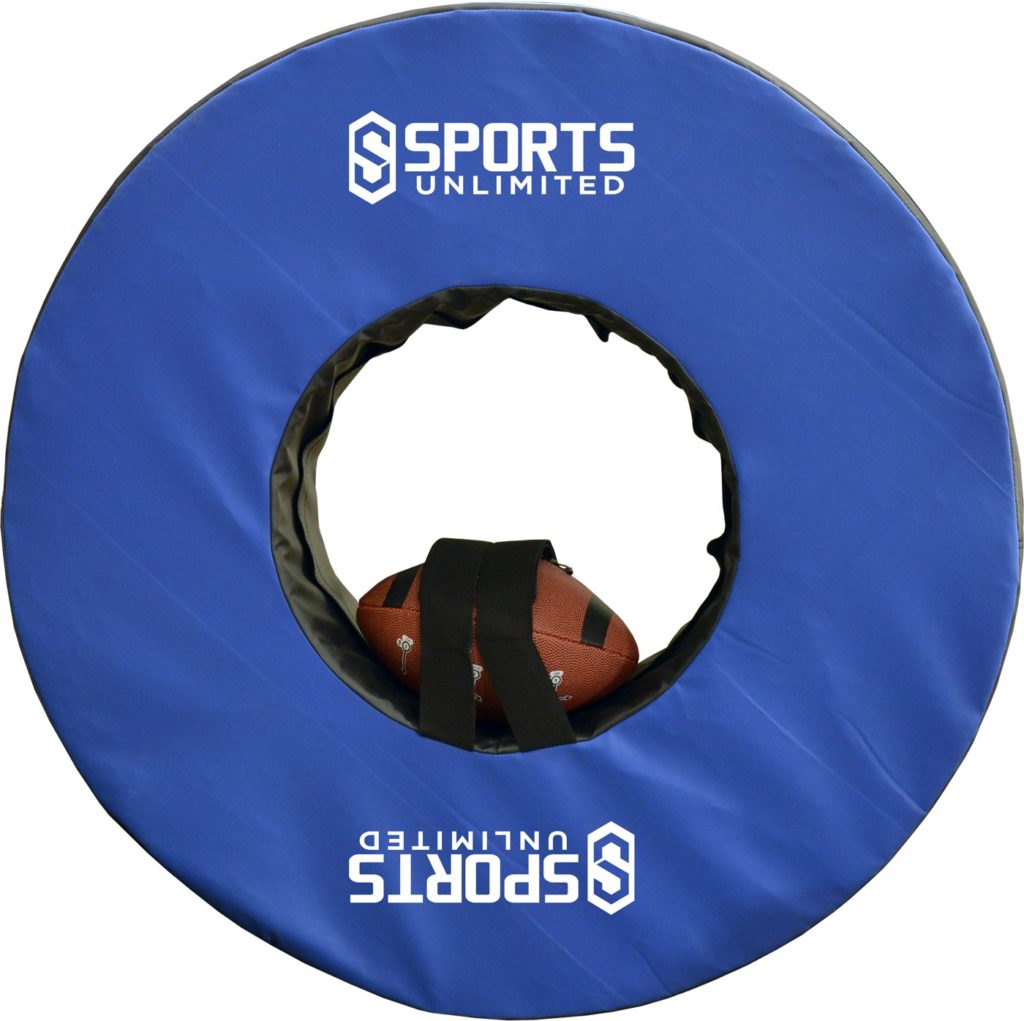 Get football tackle rings and all your other football training equipment from Sports Unlimited.