Father’s Day is just a month away, and if you’re like me, you’ll be scrambling for gift ideas two days before. You might pick out a new tie or dress shirt, or perhaps a fancy belt, just to remind him he has work the next day. Well don’t be that son/daughter, get him a gift that he’ll actually want to use and enjoy.

If your dad likes to spend his summer days on the golf course, we have a number of golf training aids that are simple to use, yet provide valuable feedback. To make things easier on you, I’m recommending two of our hottest selling training aids for 2018.

First, we have The Hanger from Watson Golf. This tool is used to promote muscle memory in your swing for consistent, crisp golf shots. From addressing the ball, to your backswing, and follow through, you’ll get a feel for where your arms, hands and wrist should be positioned. It provides feedback at the moment of impact, so you can make sure your hands and club face are in the proper position at impact. It’s super easy to attach to any golf iron, and is available for both right and left handed golfers. Check it out here, along with a video which explains in more detail.

The second product I recommend is The Navigator. This training aid is designed to help with your putting game. This isn’t some fancy contraption that requires a list of directions, a golf pro, and $500 worth of golf lessons. You simply attach it to your putter (works on any putter), and go to work on the putting green. The biggest challenge golfers on all skill levels have when putting is aligning the putter face squarely, and following through on the path intended. Many times, a golfer will read the putt correctly, but when it comes time to putt they don’t hit the ball squarely, resulting in either a pull to the left, or push to right. This tool will help with alignment when both addressing the ball and following through with the putt. Check out it now!

Those are only two options for a golf training aid to get for Father’s Day this year, but there are plenty more at Sports Unlimited in our golf section.  If you’re reading this late and getting something last minute, make sure to check for the “In Stock // Ships Super Fast!” message because all In-Stock Orders Placed before 3PM ET Weekdays will ship out the same day! 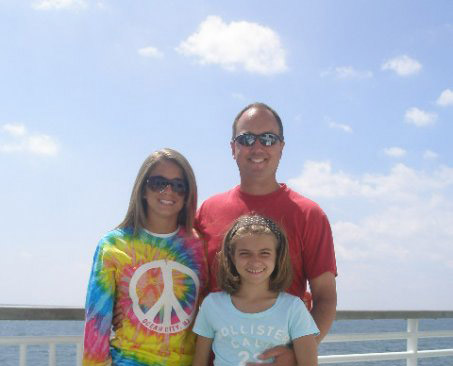 This Sunday, we will recognize one of the biggest supporters in our lives: our fathers. As a family owned company, we at Sports Unlimited value the relationships we have with our families and on this day especially, we are grateful for everything our fathers have done for us. 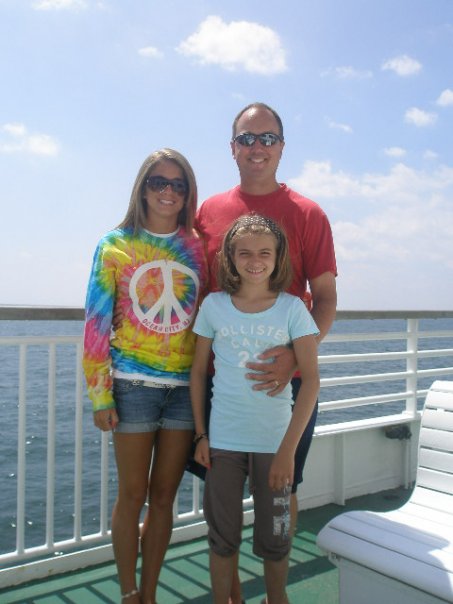 The smallest things can make all the difference, so why not make this Father’s Day a memorable one? Whether it’s a simple “I love you, dad” or a hand-written card, it will forever be cherished in his heart. Try to think back to your favorite memory you shared with your dad. Maybe it was your first fishing trip, or when he was the coach of your sports team, or more importantly, when he walked you down the aisle on one of the most remarkable days of your life. Whatever it may be, remind him of how special that memory is to you. Spending the time to acknowledge the impact he has made on your life is better than any gift that money could buy.

But, let’s face it; men love their sports and tools. If you are looking to splurge for this Father’s Day, purchasing a small gift for Dad isn’t the worst thing in the world. Maybe you could even buy him something that relates to your cherished memory or perhaps you could try to find something that will be used during your time spent together that day. It could be a day filled with golfing, barbecuing, hiking, etc. However you wish to express your gratitude to dad, remember that the sincerest gift comes from the heart. As one of our Founding Father’s once said, “happiness depends more on the inward disposition than on outward circumstance.” –Benjamin Franklin

Sports Unlimited wishes all families a Happy Father’s Day that is filled with love and memories.

What is wrong with the USGA Rulebook and how the nonsense revolving around it ‘almost’ ruined The Masters in 2013.

It’s 2013 and the first Australian golfer has just won The Masters in Augusta on a raining Sunday night in a playoff that featured near-misses and a putt for the win. Angel Cabrera’s putt on the 2nd hole of the playoff looked on target until it stopped an inch away from forcing Adam Scott into a make-or-lose 12-footer on the water-soaked 10th hole green. But Cabrera’s putt missed, giving Scott a putt for the win

. He putted for the green jacket yet again, having made a 20-foot putt to birdie himself into the lead on the 18th hole before the playoff. He had one more putt to win the biggest tournament of his life. One putt as the water dripped from his new-age long putter to send Australia into euphoria. “Come on Aussies!” he yelled when he holed that 20-footer with excitement earlier on the 18th, but when the ball rolled those 12 feet toward Australia’s first green jacket and dropped in with ease, Adam Scott’s expression was that of awe. It was hard to discern the tears from the droplets of rain, but it looked a perfect moment for Adam Scott and Australia’s golfing pride to win in such dramatic fashion. With so much heart and happiness and magic in the 2013 Masters, it is infinitely frustrating that we may very well remember all of this for the USGA’s uncanny ability to use their rulebook to steal headlines. Tiger Woods’ ‘illegal’ drop and two-stroke penalty that was assessed Saturday morning took headlines, all of them.

We have Greg Norman and David Duval, both former World #1 players, taking to Twitter, calling for Woods to withdraw from the tournament, to effectively disqualify himself for a drop that he did not know was illegal, and which no tournament official even brought to his attention until a TV viewer called in. Yes, that is correct. A TV viewer reported the ‘illegal’ drop that pulled Tiger’s score going into the weekend from 3-under to 1-under. The eventual winner, Adam Scott, went into the weekend with a score of, you guessed it, 3-under. The rule itself seems ambiguous and nonsensical to begin with:

I wouldn’t be surprised if you skipped that esoteric jargon.

Rule 20-2-b.
“Where to Drop
When a ball is to be dropped as near as possible to a specific spot, it must be dropped not nearer the hole than the specific spot which, if it is not precisely known to the player, must be estimated.” 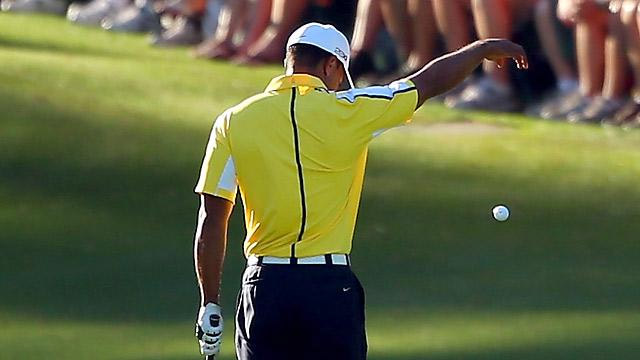 What if Tiger had dropped the ball six inches from where he estimated the original shot was taken, is that ‘as nearly as possible’ to the spot? I guess that determination can be made by a TV viewer who witnesses both shots from different camera positions. It seems as though we have unreasonable rules with the addition of audience objections and interruptions. What this has brought us is headlines; headlines that replace Adam Scott, Angel Cabrera, and Guan Tianlang’s inspiring play and accomplishments. Nope, we get couch-side whistle-blowers that suffocate the excitement and superb golfers on the sideline demanding self-disqualification for an ‘illegal’ drop that somehow gave Woods an unfair advantage by moving the ball backwards. Nonsense. Players’ generally do not gain advantage by moving the ball away from the hole, rather, they gain advantage by moving the ball closer to the hole, which did not happen. I want to talk about the rain falling and Angel Cabrera’s shot to the green on 18. I want to talk about the two years in a row that we have had emotional victories in sudden death playoffs. I want to once again be a TV viewer who cheers on the father-son duo of Angel Cabrera and his caddy Angel Cabrera Jr., the three Australians who aim to be the first from their nation to be victorious at Augusta, or the man in his red and black Sunday attire. But no, the USGA rulebook needs so much attention that it yanks headlines away from a 14-year-old boy.

Yell at Tiger all you want for not withdrawing, but first take a look at these two photographs from the same camera position for both his original shot and the ‘illegal’ dropped shot. How far from the original spot is the dropped ball, six inches?